What’s the bottom line? We’re on your team and are passionate about helping you achieve your career goals, even if it means we don’t make a dime.
Home CPA Jokes

Many people say that accountants have no sense of humor.. Well I beg to differ! Here are a few of my favorite accounting jokes, enjoy! 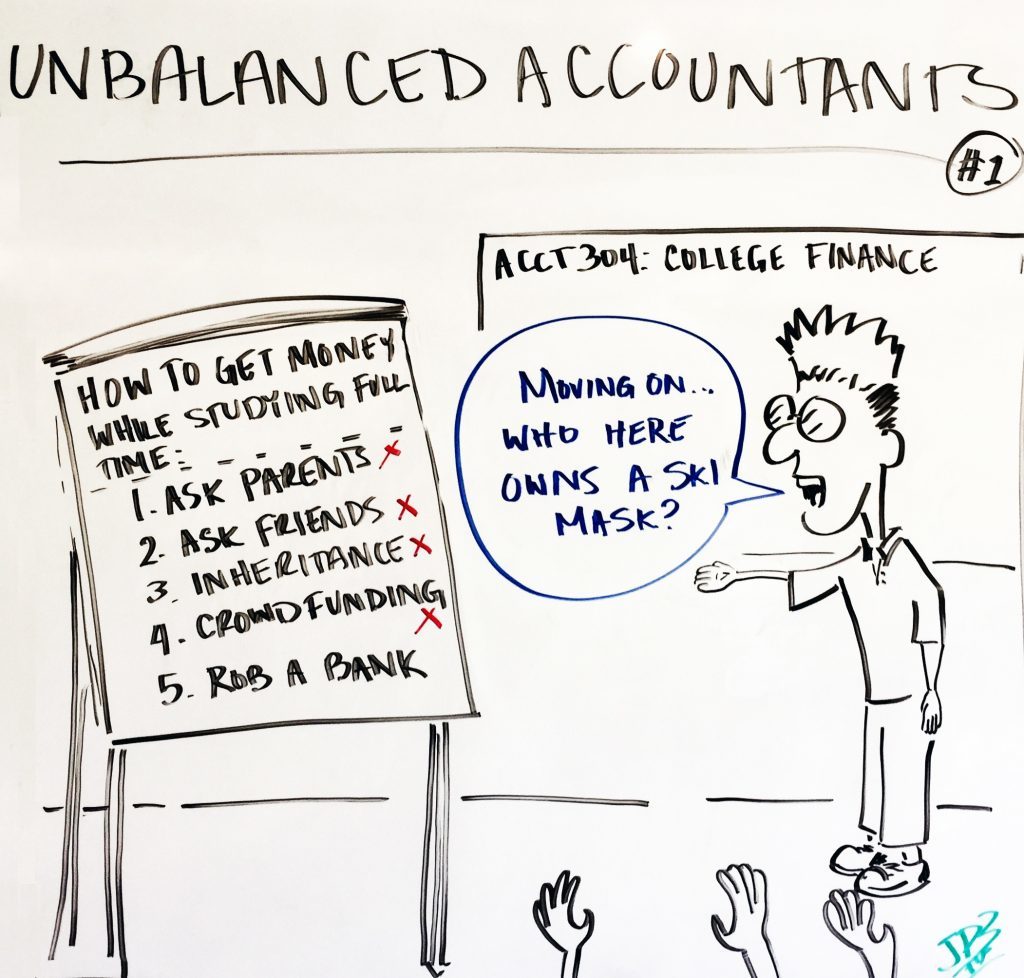 Below are some of the best IRS, CPA, and tax jokes on the internet.  If you know of any other ones not on the list, please leave a comment at the bottom of the page and I’ll be sure to add them!

Where do homeless accountants live?

In a tax shelter.

An IRS agent is walking through Brackenridge Park when a mugger jumps out and yells “Give me all your money!”. The IRS agent says, “You can’t do this after all I work for the IRS.” At which point, the mugger yells: “OK, give me all MY money!”

Married To A CPA Joke

A lady goes to the doctor and the doctor breaks the news to her that she only has 3 months to live. The lady says, “Doctor, what can I do?”. The doctor responds “Marry a CPA.” The dying woman is shocked and says “What good will that do?”. The doctor laughs and tells her “Nothing, but at least it will seem like a lifetime.”

How do you know your son is going to be a CPA?

When you read him the story of Cinderella and you get to the part where the pumpkin turns into a golden carriage, he asks you “Daddy, is that ordinary income or a capital gain?”

How do you know you have a great CPA?

He has a tax loophole named after him.

What is a CPA’s best pickup line?

How does a CPA say the F-word?

What is the definition of an economist?

Someone who didn’t have enough personality to become an accountant.

What is the definition of an accountant?

Someone who solves a problem you did not know you had in a way you don’t understand.

What do accountants suffer from that ordinary people don’t?

Why do accountants make great lovers?

We’re not boring people. We just get excited over boring things.

What is the definition of a good tax accountant?

Someone who has a loophole named after them.

If an accountant’s wife cannot sleep what does she say?

Darling, tell me about your work.

How do you know you have an unethical CPA?

You hear him on the phone saying, “Sure, Mr. Madoff, I am glad to do that for you.”

Did you hear about the constipated accountant?

He had a ton of paper work to do.  But no matter how hard he tried, he couldn’t budget. So he decided to work it out with a pencil.

How does an accountant stay out of debt?

He learns to act his wage.

This meme from Roger CPA Review pretty much sums it up.. 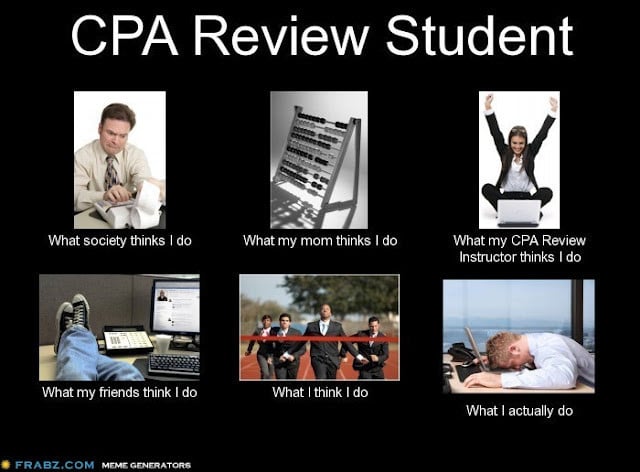 Nothing like a little accounting and tax humor to lighten up your day 🙂 Please share any funny accounting  jokes you know below and I’ll add them to the list!